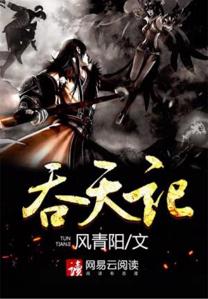 Heaven's Devourer is a novel by 17k author 风青阳  (Feng Qingyang). The chapters are currently being translated by "Midasthefloof", someone who is accustomed to the translation scene.  This novel has approximately 1,800 chapters and promises to be an exhilarating ride for the readers. It draws deep inspiration from the Chinese Novel "Journey To The West" but brings with it a wuxia twist making it a highly enjoyable read.

Translator's Synopsis: Wu Yu is the Crown Prince of the Dong Yue Wu Kingdom. In a series of events, he was framed and crippled for undone crimes and sent to the border. In a twist of fate, he meets an immortal and a grandpa who bestows him with the Ruyi Jingu Bang. With its strength, Wu Yu attempts to figure out his own Dao and to protect all that are dear to him. To me, this novel is interesting because it takes certain inspiration from the journey to the west and remoulds it in the shape of a xianxia novel. In a way, this novel could be considered a re-imagining of "Journey to the West", with more magical powers and a more significant focus on cultivation.

In terms of character, the MC is logical and you can clearly see his internal struggles with everything that goes on, yet he is pushed forward by his beliefs which are consistent and over time he also develops his own sense of identity. The novel is also quite fast paced and things happen and develop rapidly making each chapter interesting. It's a fun and enjoyable read so please join us on this journey to the end!

If any errors are spotted, please kindly send an email to heavensdevourer@gmail.com

Heaven's rules and edicts will be written by me,

Thousands of ghosts and gods will bow before me.

In the hearts of all mortals,

I am the supreme emperor.

Before the eyes of Buddha,

I am the demon of this world.

1 The Prince of Dong Yue

5 Battle Against the Ghostly God